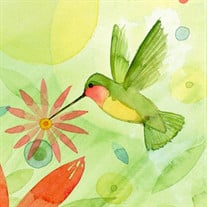 Barbara Ellen Hocker, age 78, of Seaford, DE, passed away on Tuesday, January 3, 2017, at Nanticoke Memorial Hospital. She was born in Laurel, DE, on Thursday, March 3, 1938 daughter of Dorris (White) Dukes and the late John Thomas Dukes. Mrs. Hocker was born and raised in Sussex County, Delaware. On June 16, 1960 she married the love of her life, Kendall J. Hocker, III. She enjoyed doing word searches and crafts in her spare time. She loved to spend time with her children and the neighborhood children to whom she was like a mom. Mrs. Hocker was a devoted care taker to her mother. In addition to her father, Mrs. Hocker is predeceased by her husband of 32 years, Kendall J. Hocker, III and her son, Edward Hocker. She is survived by her Son, Kendall Hocker, IV and his wife, Thalia of Virginia Beach, VA; her daughter, Anita Sedllio and her husband, Robert of Albuquerque, NM; six grandchildren; four great grandchildren; and her sisters, Marion Davis of Chambersburg, PA and Beverly Mullins of West Hampton, NJ. Memorial Services will be held on Friday, January 6, 2017 at 11:00 AM at Concord United Methodist Church, 25332 Church Road, Seaford, DE 19973. Please sign Mrs. Hocker's online guestbook located on this site. FLORIST NOTE: PLEASE HAVE ALL FLORAL ARRANGEMENTS DELIVERED TO CONCORD UNITED METHODIST CHURCH, BY 10 AM FRIDAY, JANUARY 6, 2017.

The family of Barbara Ellen Hocker created this Life Tributes page to make it easy to share your memories.

Send flowers to the Hocker family.