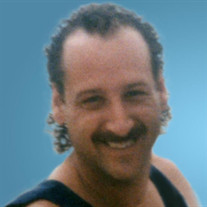 Brian K. Brittian, age 58, of Milton, DE went to be with the Lord on Tuesday, October 18, 2016 after a long, hard fight with cancer. He was born on June 20, 1958, the son of Genevieve A. and the late Charles V. Brittian. Brian proudly served our country in the United States Marine Corps; a duty and accomplishment of which he was very proud. Following his military time, Brian chose a career path nurturing his natural talents as a carpenter. He had an extreme sense of humor that could not be surpassed. His ability to make anyone laugh to tears will be missed by all who knew him. Brian loved fishing and quoting; “Don’t sweat the small stuff” and “All manly men love fishing” being among his favorites. He also enjoyed custom built choppers and build offs. More than anything else, however, he loved and cherished his family. He was a loving father, son, brother, uncle, and friend, and he will be deeply missed by everyone who had the opportunity to know him. In addition to his father, Brian was preceded in death by his brother, D. Scott Brittian; and his K-9 companion, Lil Dog. Brian is survived by his daughter, Lauren Hall and her husband John; his granddaughter, Kate; his mother, Genevieve Brittian; his brothers: Earl W. Brittian and his wife Vanessa, Brad Brittian, and Charles Brittian, Jr.; his sister, Debra Millman and her husband David; his nieces: Kristy Johnson and her husband, Howard, Jordyn Millman, and Amanda Brittian; his sister-in-law, Laurie Brittian; his great-nephew, Wyatt Johnson; and his best friend, Holly Fitzgerald. A Celebration of Brian’s Life will be announced at a later date. Arrangements handled by Watson-Yates Funeral Home and Crematorium, a Parsell Family Funeral Home, Seaford, DE. In lieu of flowers, the family suggests contributions in Brian's memory to Delaware Hospice Center, 100 Patriots Way, Milford, DE 19963.

Brian K. Brittian, age 58, of Milton, DE went to be with the Lord on Tuesday, October 18, 2016 after a long, hard fight with cancer. He was born on June 20, 1958, the son of Genevieve A. and the late Charles V. Brittian. Brian proudly served... View Obituary & Service Information

The family of Brian Keith Brittian created this Life Tributes page to make it easy to share your memories.

Send flowers to the Brittian family.