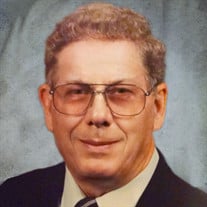 Carl Edward Truitt, Jr., of Seaford, DE, passed away peacefully at the home he built, surrounded by his family on March 7, 2017. He was born on November 25, 1935 in Reliance, MD, son of the late Carl Edward Sr. and Charlotte (Glime) Truitt. Carl graduated from Seaford High School in 1954 and married his high school "sweetheart", Barbara Kraft, the same year. He grew up on the family farm in Seaford and worked at Southern States before proudly serving his country in Germany as a member of the US Army. After his return from service, Carl joined Local Union 2012 as a millwright and served as Union President. On the job, Carl was known as a teacher and served as foreman for many jobs. Carl served his community through his participation in the Boy Scout program and several years as a Little League baseball coach. He really enjoyed teaching the kids and always felt like a winner when the kids tried their best. Little league season always ended with a pool party and barbeque at the house. He even went so far as to build a regulation pitcher's mound and backstop in the backyard to help his children hone their skillls. Many a Saturday game was played there. Carl enjoyed farming, fishing, Nascar (a diehard Bill Elliott fan, or anyone else driving a Ford), reading and studying the Bible. When the farm became too much to handle, he simply made the garden bigger and would spend his time working the garden and delivering produce to friends and family. He received so much joy in sharing with others that delivering a watermelon could become a half day event. Carl attended adult Bible study at St. John's United Methodist Church and became an eager student. In addition to his parents, Carl was preceded in death by his brother-in-law, Wayne Kraft. He is survived by his loving wife of 62 years, Barbara (Kraft) Truitt; his children: Kevin, Keith and his wife Sandy, and Tracy and his wife Bobbi, all of Seaford and living on the family farm; and his grandchildren: Tyler, Zac (Kelsie), and Jessica. Spending time with his grandchildren was precious to "Pa" and it was amazing to see his face light up when he was with them. He is also survived by several cousins, nieces, and nephews. A Memorial Service will be held at 2:00 PM on Saturday, March 11, 2017 at St. John's United Methodist Church, 300 Pine Street, Seaford, DE, where friends may call beginning at 1:00 PM. Burial will follow the services at Odd Fellows Cemetery, Seaford, DE. In lieu of flowers, the family suggests contributions in Carl's memory to St. John's United Methodist Church, or Season's Hospice, 4755 Ogletown-Stanton Road, Newark, DE 19973. Please sign the online guestbook. FLORIST NOTE: PLEASE DELIVER ALL FLORAL ARRANGEMENTS BY 3PM FRIDAY, MARCH 10, 2017 TO WATSON-YATES FUNERAL HOME.

Carl Edward Truitt, Jr., of Seaford, DE, passed away peacefully at the home he built, surrounded by his family on March 7, 2017. He was born on November 25, 1935 in Reliance, MD, son of the late Carl Edward Sr. and Charlotte (Glime) Truitt. Carl... View Obituary & Service Information

The family of Carl E. Truitt Jr. created this Life Tributes page to make it easy to share your memories.

Send flowers to the Truitt family.