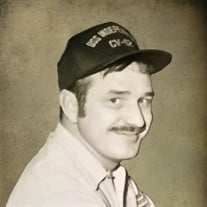 Charles Stanley Truitt, Jr., age 65, of Seaford, DE, passed away on Saturday, January 16, 2016 at his residence. He was born in Dover, DE on August 15, 1950, son of the late Charles Stanley Truitt, Sr. and Margaret Elizabeth Nibblett Truitt. He was also preceded in death by a brother, Leroy Perdue, and a sister, Beatrice Mae Bowman. Mr. Truitt served his country in the United States Navy, retiring after 20 years of service. Following his military retirement, he worked for fifteen years as a Transportation Manager for Purdue of Salisbury. He was an avid bowler and loved to watch high school sporting events and dirt track racing. He is survived by his wife of 47 years, Sharon Smith Truitt, two sons, Richard Lee Truitt and wife, Lynda, and David James Truitt and wife, Nicole, both of Seaford, DE; a brother, Edward Truitt of Seaford, DE; two sisters, Patricia Ennis of Eden, MD, and Georgia Ellen Truitt of Seaford, DE. He is preceded in death by one granddaughter, Wendy Willey, and survived by six grandchildren and four great grandchildren. Graveside services with Military Honors will be held on Friday, January 22, 2016, at 11:00 AM at Odd Fellows Cemetery, Seaford, DE. Please sign the guest register at this site.

The family of Charles Stanley Truitt Jr. created this Life Tributes page to make it easy to share your memories.

Send flowers to the Truitt family.