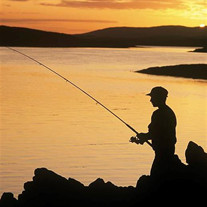 Delbert F. Dillow, age 72 of Lincoln, DE, passed away Tuesday January 3, 2017, at Seaford Center Nursing Home in Seaford, DE. He was born in Kingsport, TN on December 14, 1944, son of the late Hanzell and Hazel (Bacon) Dillow. Del was a proud US Navy Veteran who served during the Vietnam War. He was the owner of Dillow's Custom Cabinet and Furniture Shop in Georgetown, DE, who honed and cultivated his craft over a lifetime career. Del was a man of many interests, who enjoyed searching for rocks and precious gemstones in the mountains of NC, SC, VA, AR, GA and Herkimer, NY. He found many sapphires, emeralds and Herkimer diamonds, and an amazing 25 carat ruby. He also loved fishing, which was his favorite thing to do. Forever a family man, his most cherished times were those spent with his family; especially his grandchildren, whom he adored. Del was a devoted husband, father, step-father, grandfather, and friend, and he will be genuinely missed by all who knew him. He is survived by his beloved wife of 23 years, Anna (Millman) Dillow; his daughters, Alissa Noe of Alaska, and Sonya Hayes of Virginia; his step-son, David Millman of Milton, DE; his step-daughter, Barbara (Millman) Wilkerson of Georgetown, DE; and many grandchildren and great-grandchildren. All services will be private with arrangements being handled by Watson-Yates Funeral Home, Seaford, DE, a Parsell Family Funeral Home. A private entombment at Delaware Veterans Cemetery will take place in the spring. In lieu of flowers, the family suggests contributions in Mr. Dillow's memory to the COPD Foundation, 3300 Ponce DeLeon Boulevard, Miami, FL 33134, or [email protected] Please sign the online guestbook.

The family of Delbert F. Dillow created this Life Tributes page to make it easy to share your memories.

Send flowers to the Dillow family.