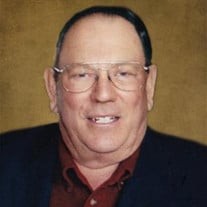 Donald W. Vane, Sr., age 86, of Seaford, Delaware passed away on May 26th, 2016 after a long illness. Don, as he was known, was born January 14th, 1930 at 313 Weiner Avenue, Harrington, Delaware to Ridgley W. Vane, Sr. and Agnes Wainwright Vane. He graduated from Harrington High School, Class of 1949. He continued his education, graduating from the University of Delaware School of Agriculture in 1953. While at U. of D., he became a member of the Ag and Varsity Clubs. He ran Cross Country and was captain of the team in his freshman and sophomore years. He also ran track all four years and was captain of the team in his senior year. He and his teammates established several records that stood for many years. Don was a Sigma Nu member and had lots of fun. He was a cadet in R.O.T.C. and a lifetime member of The Scabbard and Blade Society. After graduation, Don was commissioned into active duty service with the U.S. Army in September 1953 as a second lieutenant where he went on to train at the Chemical Warfare School at Fort McClellan in Aniston, Alabama. His tour of duty in the military saw service in Korea where he served as Assistant Operations Officer with the 388th Chemical Company. He was promoted to 1st Lieutenant on March 14th, 1955. His military awards included the Korean Service Medal, United Nations Service Medal, National Defense Medal and the Republic of Korea Presidential Unit Citation. Don left active duty service in June 1955. Don worked for many years during school in the family business, the Harrington Canning Company. After military service, he worked with DuPont as a management trainee at the Seaford, Delaware site. During this time, Don courted the former Elizabeth H. Hurley of Seaford till their marriage on June 23, 1956, spending 41 happy years together. Don and Betsy settled at the Hurley home place in Seaford, where he continued to reside until shortly before his death. Don left DuPont and worked as an agricultural chemical salesman with O.A. Newton and Son in Bridgeville, Delaware before taking in 1959 an entirely different career path, becoming a Stock Broker for Laird, Bissell and Meeds, Inc. in Dover, Delaware. When that firm merged with Dean Witter in 1973, he continued in his capacity as Branch Manager and was named a Vice President of Investments. He studied at the Alexander Hamilton School of Business and the New York Institute of Finance. Don helped spur the expansion of the office as well. He retired in September 1992 after 33 years serving his clients. Don was active in civic duties and became a member of Kiwanis in May 1957. He served as President of the Seaford chapter in 1967 and continued in Kiwanis for many years afterword. He was a past finance chairman for the Seaford Little League football group. He was also a long time member of St. John's United Methodist Church in Seaford. He was an avid hunter and surf fisherman and co-founded Duchut, Inc. a hunting club in Dover, Delaware in 1960 with a number of his buddies. He was a life member of the N.R.A. and an N.R.A. Golden Eagle. After retirement, Don became a member of the National Sporting Clays Association and toured with the Senior Class. He was Senior Class representative in the Delaware Super Veteran class in 2006. Don was also an excellent gardener and cook. His vegetable beef and chicken noodle soups and his spaghetti sauce were superb and enjoyed by family and friends. After the death of his wife Betsy in 1997 and son Chip in 1999, Don re-kindled affections for his high school sweetheart, Mary Ann Wilson, of Harrington. They had twelve years together until her death in October 2012. He was quite fond of Mary Ann's children and grandchildren. Above all and despite his many accomplishments, Don was a simple and pragmatic man. He loved life and his family. He especially loved his two granddaughters, Ava and Shelby. He had a great talent for listening when someone had a problem and he could boil things down to more clarity for folks. People always referred to him as a great guy. Don was pre-deceased by his father Ridgley and mother Agnes, a brother Ridgley, Jr., a sister Verda Vane Hitchens, nephews Skip Hitchens, Sean Hitchens and Rick Vane and an aunt, Ruth Wainwright. He is survived by his son Chris, daughter in law An and granddaughter Ava of Seaford, brother in law Howard Hitchens and wife Joan of Ocean View, Delaware, niece Melissa Mulrooney of Stamford, Connecticut, sister in law Betty Vane of Dover, Delaware and daughter in law Daigh Vane, her husband Brian Gathagan of Berlin, Maryland and niece Shelby of Berlin, Maryland. A celebration of Don’s Life will be held on Saturday June 11, 2016, at 10:00 AM at St. John’s United Methodist Church, 300 North Pine Street, Seaford, DE where friends may visit beginning at 9 AM. Burial will be private at Odd Fellows Cemetery, Seaford, DE. In lieu of flowers, contributions may be made to Nanticoke Memorial Hospital, in memory of Don Vane, 801 Middleford Road, Seaford, Delaware 19973. Please sign the guestbook located on this site. FLORIST NOTE: PLEASE DELIVER ALL FLORAL ARRANGEMENTS BY 3:00 PM ON FRIDAY, JUNE 10, 2016 TO WATSON-YATES FUNERAL HOME, SEAFORD, DE.

The family of Donald W. Vane, Sr. created this Life Tributes page to make it easy to share your memories.

Send flowers to the Vane family.