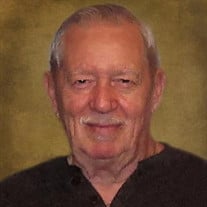 Elbert Frederick Turner, Jr., age 81 of Seaford, DE, passed away on Thursday, January 26, 2017 at Delaware Hospice Center. He was born in Federalsburg, MD on Sunday, March 24, 1935, son of the late Elbert F. and Louise (Wilson) Turner. Mr. Turner proudly served our country as a United States Marine during the Korean and Vietnam Wars. He continued his service until his retirement from the USMC in 1973, after 21 years. He was a loyal employee of the DuPont Company, retiring in 1995 after 20 years of service. Mr. Turner was a past Commandant of the Department of Delaware Marine Corps, a member of the League of Devil Dogs #780, and a past Commander of VFW, Seaford. He was also a member of the American Legion and Moose Lodge. Mr. Turner was an avid pool player and a member of the APA League. His varied interests included archery, bowling, and fishing. More than any of these, however, Mr. Turner cherished time spent with his family. He was a loving and devoted husband, father, grandfather, great-grandfather, brother, and friend, and he will be genuinely missed by everyone who had the opportunity to know him. Mr. Turner is survived by his beloved wife of 61 years, Tomiko Turner; his sons: Elbert Turner III of Seaford, DE and James Turner (Jennifer Ayres) of Poland, Ohio; his daughter, Wanda McCracken (Skip); his brother, Loran Turner of FL; his sisters: Eleanor Faulkenberry of FL and Rachel Hill of DE; his grandsons: James McCracken (Brittany) of Preston, MD, Ryan McCracken (Holly) of Seaford, DE, Kyle McCracken (Angie) of Salisbury, MD, and Eric Turner (Naomi Harding) of Poland, Ohio; his granddaughters: Nicole Turner and Raven Turner, both of PA; and his six great-grandchildren. Funeral Services will be held at 11:00 AM, on Wednesday, February 01, 2017, at Watson-Yates Funeral Home, 609 East King Street, Seaford, DE, where friends may call beginning at 10:00 AM. Interment will follow the Services at Delaware Veterans Memorial Cemetery, 26669 Patriots Way, Millsboro, DE. Please sign the online guestbook. FLORIST NOTE: PLEASE DELIVER ALL FLORAL ARRANGEMENTS BY 3PM TUESDAY, JANUARY 31, 2017 TO WATSON-YATES FUNERAL HOME, SEAFORD.

The family of Elbert F. Turner Jr. created this Life Tributes page to make it easy to share your memories.

Send flowers to the Turner family.