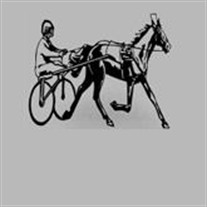 Franklin Delano Roosevelt Hare, Sr., age 82, of Blades, DE passed away on Saturday, January 23, 2016 at his home. He was born in Blades, DE on February 21, 1933, son of the late Grover C. and Anna M, (Lingo) Hare. He was also preceded in death by his wife, Peggy Carmine Hare in 2014 and a son, Mark C. Hare in 2004. Mr. Hare enjoyed a 40 year career with the Meat Cutters Union at Safeway. He was an avid sports fan and especially loved Harness Racing. During his leisure time, he liked going to the Harrington Raceway & Casino where he played the slots. Mr. Hare is survived by his two sons: Franklin D. Hare, Jr. and his wife Robin of Seaford, DE and Blake C. Hare of Blades, DE; a daughter, Tracy H. Whaley and her husband Eddie of Blades, DE; a brother, Gilbert Hare and his wife Dee of Seaford, DE; a brother-in-law, Tom Carmine and his wife Marty of Bridgeville, DE; seven grandchildren and four great-grandchildren. Funeral Services will be held on Thursday, January 28, 2016, at 2:00 PM, at Watson-Yates Funeral Home, 609 E. King Street, Seaford, DE 19973, where friends may call at 12:00 PM. Burial will follow services at Blades Cemetery. Please sign the guestbook located on this site. FLORIST NOTE: PLEASE HAVE ALL FLORAL ARRANGEMENTS DELIVERED BY 9:30 AM ON THURSDAY, JANUARY 28, 2016 TO WATSON-YATES FUNERAL HOME, SEAFORD, DE.

The family of Franklin Delano Roosevelt Hare, Sr. created this Life Tributes page to make it easy to share your memories.

Send flowers to the Hare family.