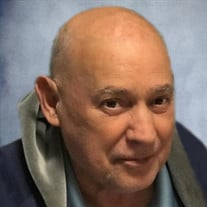 Harold Henry Kluck, age 80 of Milford, DE, passed away on Monday, November 2, 2020 at Delaware Hospice Center in Milford, DE. He was born in Bemidji, MN on March 16, 1940, son of the late Frederick Wilhelm and Viola June (Staberg) Kluck. Mr. Kluck retired from the U.S. Navy as a Chief Aviation Structural Mechanic after 23 years of service. He was proud of his service to the country, especially his time aboard the USS Lake Champlain. His ship was the prime recovery vessel for the first manned Project Mercury mission (Freedom 7) and recovered astronaut Alan Shepard after he successfully orbited the earth. Mr. Kluck was also aboard when the USS Lake Champlain was part of the blockade of ships during the Cuban Missile Crisis. After retiring from the Navy, Mr. Kluck began the next chapter of his working career with the U.S. Postal Service. He then retired on April Fool’s Day at the age of 65 from the U.S.P.S. after 20 years of service. Mr. Kluck was a lifetime member of the NRA and was considered a walking GPS by his family. His daughters and grandchildren considered him as quite the prankster, the most knowledgeable man who could problem solve or fix anything. There are countless memories of family cross country trips during his Navy days, teaching his daughters how to fish, shoot, waterski and sharing his incredible love of the outdoors with his grandchildren. Above all, he was a most caring husband, father and grandfather and will be immensely missed by those who loved and knew him. In addition to his parents, Mr. Kluck was preceded in death by the love of his life and best friend, Marjorie Jean (Ryan) Kluck. They had been married for 57 years before her passing in 2018; and his sister, Dinah Kluck. He is survived by 2 daughters: Carol Jean Kluck of Medford, NJ, and Helen June Kluck of Bellingham, WA; his adored grandchildren: Brandon Ryan Kluck and Astrid Fabiola Kluck; his brother, Dennis Kluck of Deer Lodge, MT; his sister, Darlene Brett of Bethlehem, New Zealand; and his faithful furry companion, lap dog, and duck chaser, Fiona Jean. A Private Memorial Service will be held at a later date in the Spring of 2021 with his family. Mr. Kluck’s daughters would like to thank both the staff and nurses at Griswold Home Care and Delaware Hospice Center for their exceptional attention and care they provided for their father. Daughter Helen put her life on hold to provide such excellent and loving care for her father and her sister Carol and grandchildren will be forever grateful to her. In lieu of flowers, the family suggests contributions in Mr. Kluck's memory to the Disabled American Veterans, PO Box 14301, Cincinnati, OH 45250 or the Wounded Warrior Project, 4899 Belfort Rd, Suite 300, Jacksonville, FL 32256. Please sign the online guestbook located on the tribute page.

The family of Harold Henry Kluck created this Life Tributes page to make it easy to share your memories.

Send flowers to the Kluck family.