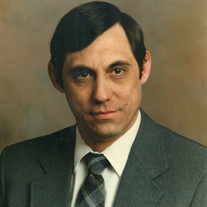 James A. Parker, age 68, of Seaford, DE passed away on Saturday, February 6, 2016 at Nanticoke Memorial Hospital. He was born in Johnstown, PA, on June 28, 1947, son of the late John A. and Margaret (Himmer) Parker. Mr. Parker graduated from Richland High School in Johnstown, PA. He proudly served his country in the U. S. Army during the Vietnam War. Upon his honorable discharge, Mr. Parker attended Pennsylvania State University for two years. Mr. Parker began his lifelong career working for Sears from which he retired as a Store Manager after 40 dedicated years. Mr. Parker was a member of Forest River Owners Group (FROG), which was an RV and camping group that he loved. As an avid outdoorsman, Mr. Parker loved spending time fishing, camping with his family and feeding deer and birds during his many visits to various campgrounds. He enjoyed traveling across the country, especially taking trips to Florida to escape the winter months. During the warm days, he could be found riding his motorcycle or going out to dinner to catch up with his friends. Mr. Parker cherished the time spent with his grandchildren, they were the apples of his eyes. Mr. Parker is survived by his loving wife of 43 years, Mary L. Parker of Seaford, DE; two daughters: Heather Gromalski and her husband, Alan, of Ft. Meyers, FL and Amy Cavallini and her husband, Demetrius, of Seaford, DE; a brother, John Parker of Orangeville, PA; a sister, Nancy Hill of Johnstown, PA; and four grandchildren: Courtney Gromalski, James Gromalski, Nick Cavallini and Max Cavallini. Memorial Services will be held on Wednesday, February 10, 2016, at 1:00 PM, at Parsell Funeral Homes & Crematorium, Hardesty Chapel, 202 Laws Street, Bridgeville, DE 19933, where friends may visit beginning at 12:00 PM. Interment will be private. Memorial contributions may be made in Mr. Parker's memory to the American Cancer Society, P.O. Box 163, Salisbury, MD 21803 or Compassionate Care Hospice of the Delmarva Peninsula, 28467 DuPont Blvd., Suite 6, Millsboro, DE 19966. Please sign the guestbook located on this site. FLORIST NOTE: PLEASE HAVE ALL FLORAL ARRANGEMENTS DELIVERED BY 9:00 AM ON WEDNESDAY, FEBRUARY 10, 2016 TO PARSELL FUNERAL HOMES, BRIDGEVILLE, DE.

James A. Parker, age 68, of Seaford, DE passed away on Saturday, February 6, 2016 at Nanticoke Memorial Hospital. He was born in Johnstown, PA, on June 28, 1947, son of the late John A. and Margaret (Himmer) Parker. Mr. Parker graduated from... View Obituary & Service Information

The family of James A. Parker created this Life Tributes page to make it easy to share your memories.

Send flowers to the Parker family.