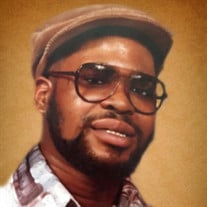 Kenneth Allen Warrington Sr, "Slick Rick". age 66 of Seaford, DE, passed away on Saturday, April 11, 2020 at his home. He was born on September 10, 1953 in Baltimore, MD, son of Russell Tribett and the late Marie (Morgan) Tribett. Mr. Warrington worked as a surgical tech for Underwood Memorial Hospital for 10 dedicated years, until his retirement in 2008. He enjoyed the outdoors, fishing in particular, and was an avid fan of music; jazz and R&B being his favorites, with some rap thrown in every now and then. Mr. Warrington was a faithful member of the House of Jacob Church in Princess Anne, MD, and was a loving and devoted father, grandfather, great-grandfather, brother, uncle, and friend who will be deeply missed by all who knew him. In addition to his mother, Mr. Warrington was preceded in death by his beloved wife of 46 years, Alverna Warrington; and his sister, Paulette Tribett. He is survived by his son, Kenneth Allen Warrington, Jr.; his daughters: Kenya Demetrius Warrington, Koren Kimberly Warrington and Alkeeta Marlene Warrington; his 17 grandchildren; his 16 great-grandchildren; his brother, Russell Tribett Jr; his sisters: Karen Robinson and Janet Robinson; his special family members and friends: Naomi and Rodney Spence, Lois Ann & Fred Henry, Kenny Watson, Barbara & Carl Coleman, and Janie & T.C Waters; and his loyal canine companions: Cookie and Snoopy. Due to the ongoing COVID-19 pandemic, services will be private. In lieu of flowers, the family requests contributions in Mr. Warrington's memory to the House of Jacob Church: 13153 Loretto Road, Princess Anne, MD 21853. Please sign the online guestbook located on the tribute page.

The family of Kenneth Allen Warrington Sr. created this Life Tributes page to make it easy to share your memories.

Send flowers to the Warrington family.