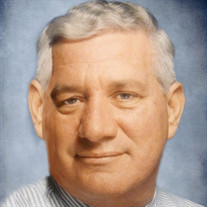 Richard "Rich" Charles Paine, age 73, recently of Seaford, Delaware, passed away on Friday, January 24, 2020, at his home. Rich was born on October 20, 1946, in Norwood, MA, son of the late Charles E. and Rena M. (Lavallee) Paine. He was raised in Wrentham, MA, went to school in North Attleboro, and worked with his mentor/father at Wampum Corner Garage, which was owned by Rich's maternal grandfather, the late George Lavallee. Rich took those automotive lessons, skills, and passion to West Palm Beach, FL, where he and his family moved in the summer of 1963. In 1965, Rich joined the Marine Corps Reserves and served for 17 years as a Heavy Equipment Staff Sergeant. The skills he learned in the military, combined with those he learned from his father, prepped him for the numerous management jobs he had within the automotive sector throughout his career. Rich also worked as a handyman and craftsman, especially post retirement. He always found new projects to keep himself and others busy. When not working, he enjoyed watching NASCAR and IndyCar, listening to classical music, reading, and spending time with his dogs. Above all, Rich was a loving and devoted husband, father, step-father, grandfather, great-grandfather, brother, and friend. He was loved by many and will be deeply missed by all who knew him. In addition to his parents, Rich was preceded in death by his brother, Robert Paine. He is survived by his wife of more than 20 years, Jean M. Stecker; his two daughters: Kimberly Smith (Kevin) and Kristin Dase (Richard); his son, Kevin Paine; his step-children: Thomas Bruno and Michelle Bruno; his grandchildren: Kayla, Kevin, Jarrett, Kyler, Andrew, Jacob, Justice, Cole, and Evan; his great-grandchildren: Presley and Milo; and his sisters: Janet Penney (Roger) and Donna Paine. A Memorial is planned for Spring, 2020. In lieu of flowers, Memorial contributions in Rich's memory may be made to the American Cancer Society, P.O. Box 22478, Oklahoma City, OK 73123, or St. Jude Children's Research Hospital, 501 St. Jude Place, Memphis, TN 38105. Please sign the online guestbook located on the tribute page.

The family of Richard Charles Paine created this Life Tributes page to make it easy to share your memories.

Send flowers to the Paine family.