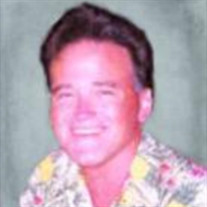 Robert Allen Rice, age 63 of Seaford, DE, passed away on Tuesday, January 26, 2021 at Delaware Hospice Center in Milford, DE. He was born on March 22, 1957 in Seaford, son of Ruth Lane Rice and the late Peter Henry Rice. Mr. Rice earned an Associates Degree from Delaware Technical and Community College and a Bachelors Degree from Wilmington University, both in Computer Information Sciences. He had many and varied interests and hobbies. A sports fan, Mr. Rice was a die-hard supporter of the Baltimore Orioles. He was passionate about music and was an avid fan of U2. He enjoyed attending concerts and participating in Fantasy Football. He was also a New York Times Crossword Puzzle expert. Above all, Mr. Rice cherished time spent with those he held most dear. He was a loving and devoted son, brother, uncle, and friend who will be deeply missed by all who knew him. In addition to his father, Mr. Rice was preceded in death by his brother, Gary Donald Rice. He is survived by his mother, Ruth Lane Rice; his sister, Joyce Feller and his brother-in-law, James Feller; his brother: Scott Rice and sister-in-law Dawn Sartin-Rice; his nephews: Heath Herglotz and Kyler Sartin; his nieces: Jackie Herglotz and Dianna Sartin; his great-nephew, Peyton Herglotz; his great-niece, Hailey Herglotz;. Services will be held at future date at the family plot at Odd Fellows Cemetery, Seaford, DE. In lieu of flowers, the family suggests contributions in Mr. Rice’s memory to Delaware Hospice Center, 100 Patriots Way, Milford, DE 19963, or the American Diabetes Association (Team Diabetes), PO Box 7023, Merrifield, VA 22116. Please sign the online guestbook located on the tribute page.

The family of Robert Allen Rice created this Life Tributes page to make it easy to share your memories.

Send flowers to the Rice family.