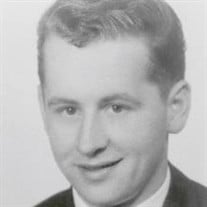 Roland James Chaffinch - "Honeyboy", 68, of Seaford, Delaware, passed away September 22, 2016 at his son's home surrounded by family. He was born on November 27, 1947, son of the late James and Lena (Eskridge) Chaffinch. Roland was a graduate of Seaford Senior High School in 1966. A proud Sergeant in the United States Air Force, a survivor of the Tet Offensive in Vietnam, and serving in Korea, the discipline and patriotism he learned never left him. He was a member of the VFW Post 4961 and American Legion Nanticoke Post 6. He worked as a pipe fitter for Fluor Daniel before retiring to enjoy his love of classic cars, especially his 1952 Chevrolet pick-up, antiques, and his firearm collection. In addition to his parents, Roland was preceded in death by his twin brother, Raymond Chaffinch. He is survived by his girlfriend, Shirley Illian Evaristo of Seaford, DE; his son, Carter Brooks Chaffinch and his girlfriend, Heather McCabe, of Georgetown, DE; his two grandchildren, Carly and Peyton Chaffinch of Seaford, DE; his two great grandchildren, Isaac Carter Georgia and Carson Brooks Chaffinch; three brothers: Richard "Doc" (Ann) Chaffinch of Salisbury, MD, Robert "Bobby" Chaffinch of Seaford, DE, and Ronald (Mauree) Chaffinch of Seaford, DE; and his many nieces, nephews, cousins and friends. A Committal Service will be held of Friday, Sept. 30, 2016 at 2:00 PM at the Delaware Veterans Memorial Cemetery, 26669 Patriots Way, Millsboro, DE. A reception will immediately follow the services at VFW Post 4961, 9767 Middleford Road, Seaford, DE. In lieu of flowers, the family suggests contributions in Roland's memory to the VFW Post 4961, P.O. Box 496, Seaford, DE 19973. All arrangements are being handled by Watson-Yates Funeral Home, a Parsell Family Funeral Home. Please sign the online guestbook located on this site. FLORIST NOTE: PLEASE DELIVER ALL FLORAL ARRANGEMENTS BY 10AM, FRIDAY, SEPTEMBER 30, 2016 TO WATSON-YATES FUNERAL HOME, SEAFORD.

Roland James Chaffinch - "Honeyboy", 68, of Seaford, Delaware, passed away September 22, 2016 at his son's home surrounded by family. He was born on November 27, 1947, son of the late James and Lena (Eskridge) Chaffinch. Roland was a graduate... View Obituary & Service Information

The family of Roland J. Chaffinch created this Life Tributes page to make it easy to share your memories.

Send flowers to the Chaffinch family.